↓ Skip to Main Content
Home › Virus › The masque of unreason
GBRA Posted on November 19, 2020 Posted in Virus No Comments Tagged with Virus

The masque of unreason 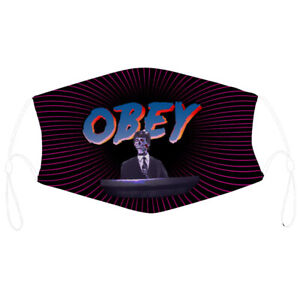 The Donk govs around the country are again going into full totalitarian lunatic mode.  Masks and lockups are again to be the order of the fortnight, just a few weeks to slow the spread of the dread Flu Manchu.  “Cases are up!” we are told.  “Cases are spiking!  Doom!  Doom!” their agitprop mouthpieces ceaselessly proclaim from every boob tube in the land.  No less an authority than Dr. Fauci himself, America’s medical fraudster in chief, admonishes us to do as we’re told.  Terror and alarums and woe on every side!  Obedience is your only salvation!

Looking for the massive number of hospitalizations and subsequent deaths.  Anybody?

“Just a few weeks to slow the spread.”  Sounds reasonable, but wait, haven’t we heard that before?  Why, yes we have!  Back in March we were told the same thing, except that it didn’t last a few weeks, it lasted months.  In some places it has never been rescinded.  In some places, like lucky South Dakota, it was never implemented, and they did fine.  The worst hit were New York under Granny Killer Cuomo, New Jersey and Massachusetts, and they were the strictest and the sickest.  “Follow the science,” they say.  I like science, when it’s real science and not Potemkin science.  So what does the real science have to say, I wonder?

Thoughtful readers should at this point be made aware that I draw a lot of the following material from Karl Denninger’s Market Ticker blog.  Karl is a curmudgeon of the first water, arrogant and somewhat foul mouthed.  Full disclosure, your author is also an arrogant curmudgeon who, having sailored around a good part of the globe, is not dismayed by salty terms that make Victorian ladies (all of whom I hold in nothing but the highest esteem) rush for their fainting couches.  You have been warned!

Annals published the study despite other journals refusing to do so.  It is not hard to see why the others refused; the confidence interval shows that there is a very real possibility that masks might increase infection rates by as much as 23%.

Post-hoc computation (which attempts to draw inferences and conclusions by sub-segregating the control and trial groups) was even worse:

If you don’t know how to read that I’ll do it for you — there was no statistical improvement whatsoever between those who reported wearing face masks exactly as instructed and the control group.  The confidence interval was extraordinarily wide and statistically centered on 1.0, or no effect, with a possible range of from ~44% improvement to a 54% increase in risk.

On the face of the scientific evidence masks are not only worthless the post-hoc analysis implies (but does not prove) they do harm.

Not that we needed this study to know.  Masks failed in 1918, a fact that the Washington Post mentioned in April from the historical record and in fact there is 40 years of hard science that says they do not work, as I’ve noted, even in operating rooms where everyone is presumed to follow protocol as they are all trained medical professionals and the surrounding area is sterile, eliminating confounding factors.

But the reason this study was blackballed by a number of journals is actually in the data itself; it is a plaintiff’s bar wet dream.  Having the confidence interval cross 1.0 simply proves statistical worthlessness.  Having it do so to such a large degree means employers who have mandated masks are suddenly open to massive lawsuits from employees who got Covid while under an employer mandate and there is a decent chance the employers will lose.

In addition the study authors in this case prevented the potential pollution of the results by false PCR tests, defining the endpoint as detection of Sars-CoV2 antibodies where they were previously absent.  This was one of my concerns and remains so given the hard evidence over the last couple of months that false positive results have made computing suppression prevalence in the various states worthless; PCR testing has become nothing more than a tool of fear and panic porn over the last six months as CT40 (or higher) tests return many positives that have no culturable virus found, as has been disclosed by other studies.  If you have no culturable (live) virus then you either had the bug some time in the past and what is being picked up are viral debris, not actual virus or you were immune, inoculated, and your body fought it off successfully without becoming infected.  Indeed someone who ultimately is vaccinated will likely be able to test positive on a PCR test if challenged yet they do not become infected either.  In any such case you can neither transmit the virus to others nor will you become ill.  The added filter of testing for the absence of antibodies when the study began and then again to prove actual infection in those in which the challenge failed means that those false positive indications are conclusively excluded.

Bottom line: Mask orders are bull**** and thus must be immediately removed.  They do nothing on the strength of the scientific evidence, which we knew for the last 40 years but intentionally ignored and lied to the American people.  We must thus conclude that such orders are notactually in furtherance of public health but rather are mechanisms of submission imposed without cause or any scientific justification whatsoever.

For more summaries of the real science I recommend this lengthy but informative piece.  The tests are worthless.  Elon Musk got tested four times in about 10 minutes which resulted in two positive and two negative tests.  Then there was the woman who got two tests at the same time, one in each nostril, one which came back positive and one negative.  Whatever else you might say for against the test you can’t say that they reliably indicate anything about the infection. 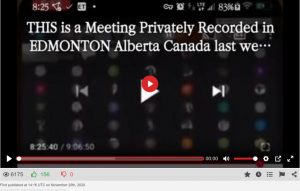 So what’s up with all this masquerade?  The masks don’t work.  The tests are a coin toss.  You stand a 99.9x% chance of surviving it if you do get it.  We’ve got excellent therapeutics.  We’ve got new vaccines on the way.  lockups are a recipe for economic disaster.  So what’s the endgame here?

0 Comments on “The masque of unreason”