↓ Skip to Main Content
Home › Uncategorized › Whom the gods would destroy
GBRA Posted on August 27, 2020 Posted in Uncategorized No Comments

Whom the gods would destroy

My father, God rest him, used to admonish me against anger by quoting Prometheus in Longfellow’s poem ‘The Masque of Pandora’:

Whom the gods would destroy they first make mad.

Which is presumably why God made Donald Trump (shades of Paul Harvey’s “So God made a farmer“).

Here’s Tim Pool again.  You think he’s going to talk about Trump sending federal officers to quell the riots, and he does.  But this former lefty has been totally red-pilled, has absolutely had it with the Democratic Party.  Nothing here but red meat for conservatives.  Take notes and share the wealth. 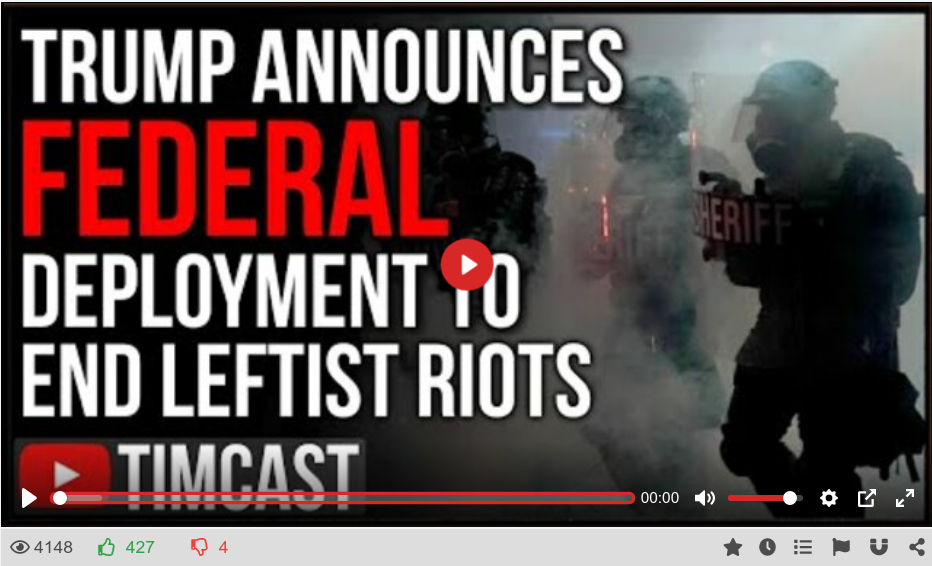