↓ Skip to Main Content
Home › Uncategorized › The stuff of nightmares: Confessions of a Voter Fraud
GBRA Posted on August 30, 2020 Posted in Uncategorized 3 Comments

The stuff of nightmares: Confessions of a Voter Fraud 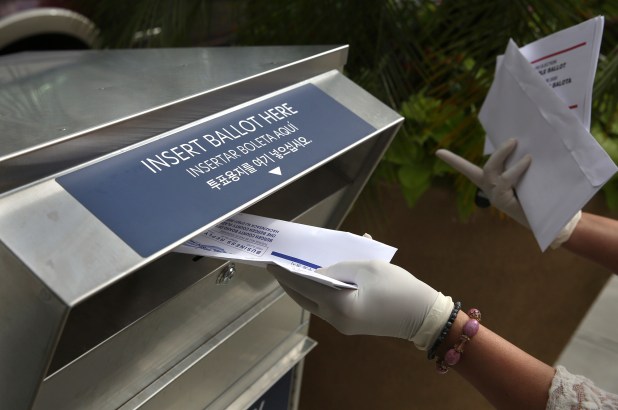 “I was a master of fixing mail in ballots,” the New York Post has the story:

A top Democratic operative says voter fraud, especially with mail-in ballots, is no myth. And he knows this because he’s been doing it, on a grand scale, for decades.

Mail-in ballots have become the latest flashpoint in the 2020 elections. While President Trump and the GOP warn of widespread manipulation of the absentee vote that will swell with COVID polling restrictions, many Democrats and their media allies have dismissed such concerns as unfounded.

But the political insider, who spoke on condition of anonymity because he fears prosecution, said fraud is more the rule than the exception. His dirty work has taken him through the weeds of municipal and federal elections in Paterson, Atlantic City, Camden, Newark, Hoboken and Hudson County and his fingerprints can be found in local legislative, mayoral and congressional races across the Garden State. Some of the biggest names and highest office holders in New Jersey have benefited from his tricks, according to campaign records The Post reviewed. 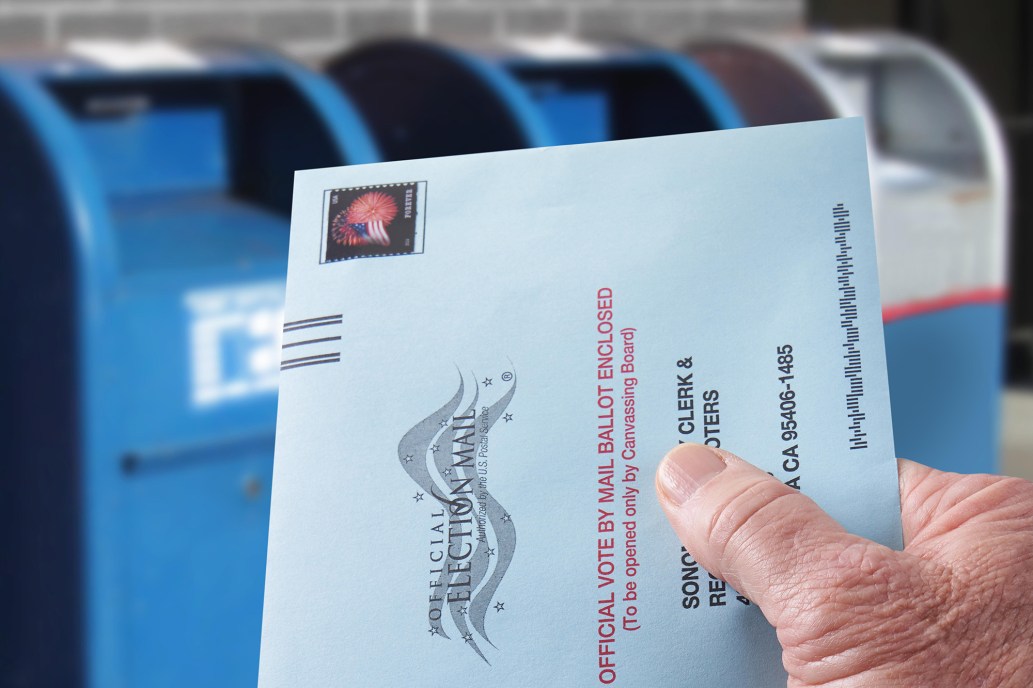 The whisteblower — whose identity, rap sheet and long history working as a consultant to various campaigns were confirmed by The Post — says he not only changed ballots himself over the years, but led teams of fraudsters and mentored at least 20 operatives in New Jersey, New York and Pennsylvania — a critical 2020 swing state. 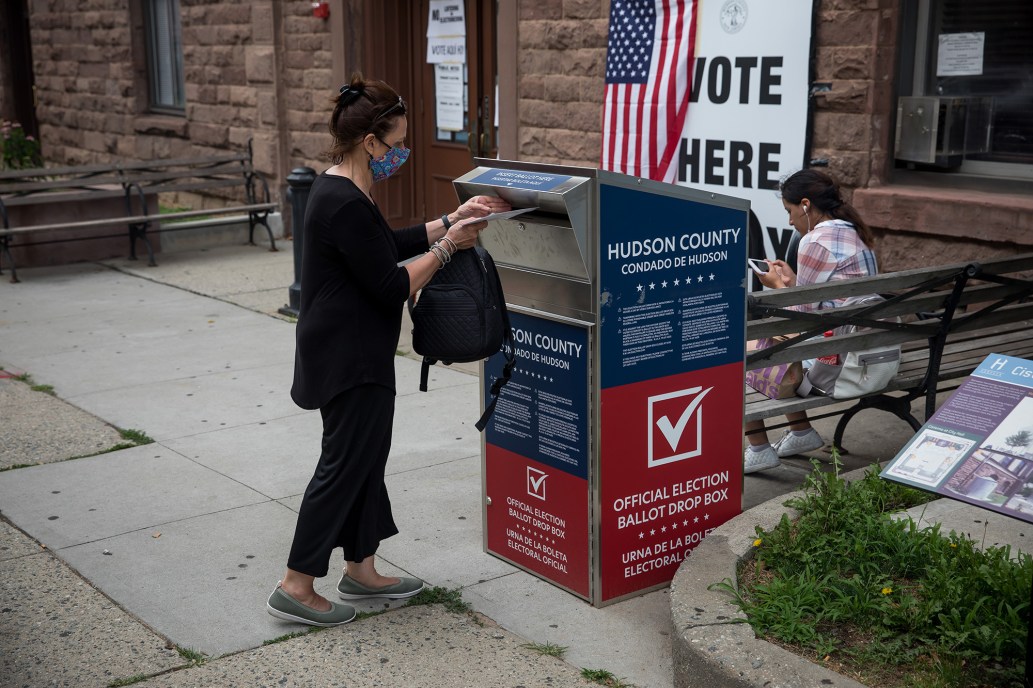 “There is no race in New Jersey — from City Council to United States Senate — that we haven’t worked on,” the tipster said. “I worked on a fire commissioner’s race in Burlington County. The smaller the race the easier it is to do.”

A Bernie Sanders die-hard with no horse in the presidential race, he said he felt compelled to come forward in the hope that states would act now to fix the glaring security problems present in mail-in ballots.

“This is a real thing,” he said. “And there is going to be a f–king war coming November 3rd over this stuff … If they knew how the sausage was made, they could fix it.” 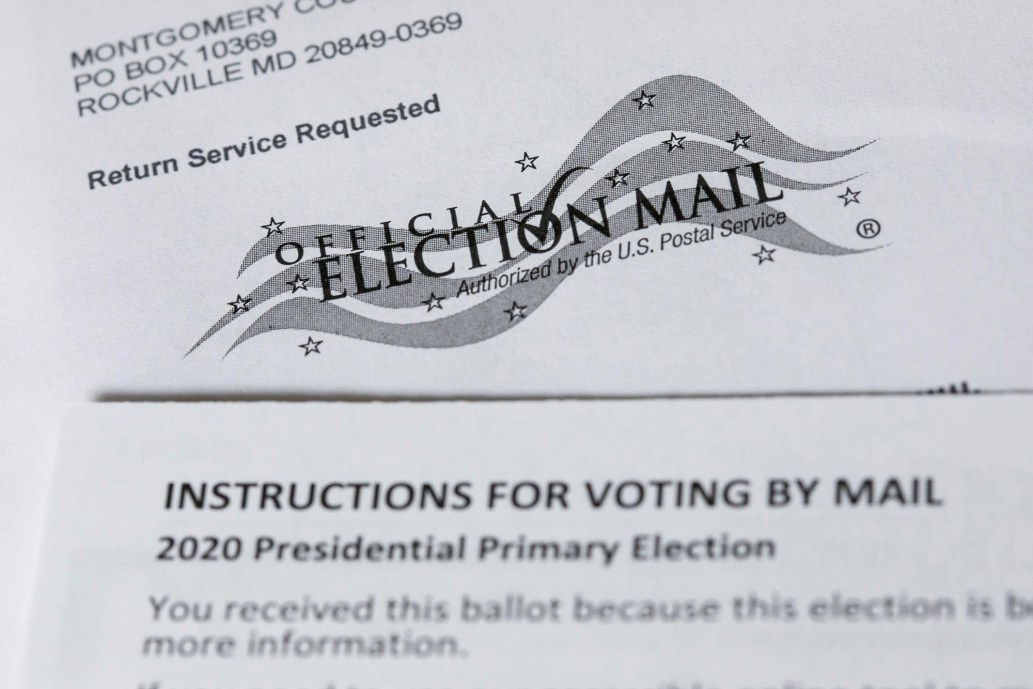 Mail-in voting can be complicated — tough enough that 84,000 New Yorkers had their mailed votes thrown out in the June 23 Democratic presidential primary for incorrectly filling them out.

But for political pros, they’re a piece of cake. In New Jersey, for example, it begins with a blank mail-in ballot delivered to a registered voter in a large envelope. Inside the packet is a return envelope, a “certificate of mail in voter” which the voter must sign, and the ballot itself.

That’s when the election-rigger springs into action. 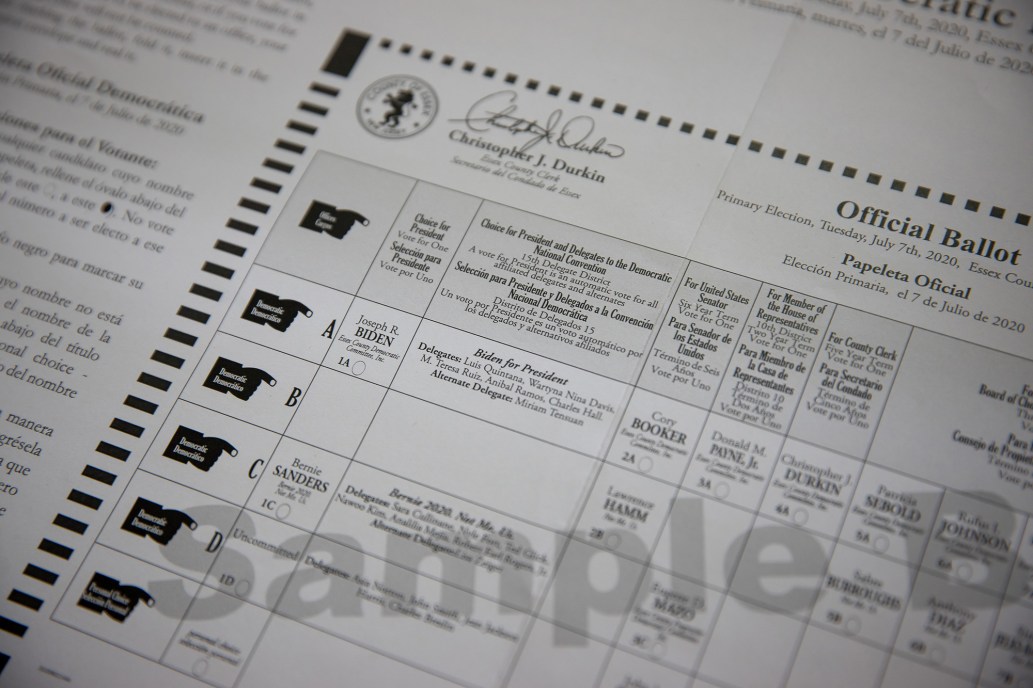 The ballot has no specific security features — like a stamp or a watermark — so the insider said he would just make his own ballots.

“I just put [the ballot] through the copy machine and it comes out the same way,” the insider said.

But the return envelopes are “more secure than the ballot. You could never recreate the envelope,” he said. So they had to be collected from real voters.

He would have his operatives fan out, going house-to-house, convincing voters to let them mail completed ballots on their behalf as a public service. The fraudster and his minions would then take the sealed envelopes home and hold them over boiling water.

“You have to steam it to loosen the glue,” said the insider.

He then would remove the real ballot, place the counterfeit ballot inside the signed certificate, and reseal the envelope. 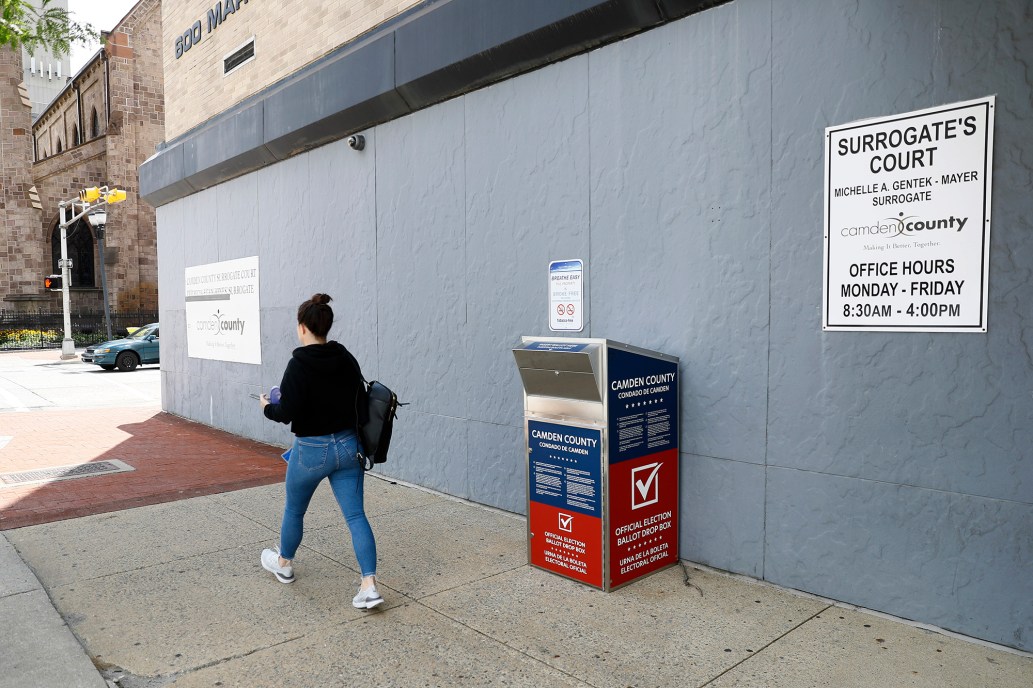 The insider said he took care not to stuff the fake ballots into just a few public mailboxes, but sprinkle them around town. That way he avoided the attention that foiled a sloppy voter-fraud operation in a Paterson, NJ city council race this year, where 900 ballots were found in just three mailboxes.

“If they had spread them in all different mailboxes, nothing would have happened,” the insider said.

The tipster said sometimes postal employees are in on the scam.

“You have a postman who is a rabid anti-Trump guy and he’s working in Bedminster or some Republican stronghold … He can take those [filled-out] ballots, and knowing 95% are going to a Republican, he can just throw those in the garbage.”

In some cases, mail carriers were members of his “work crew,” and would sift ballots from the mail and hand them over to the operative. 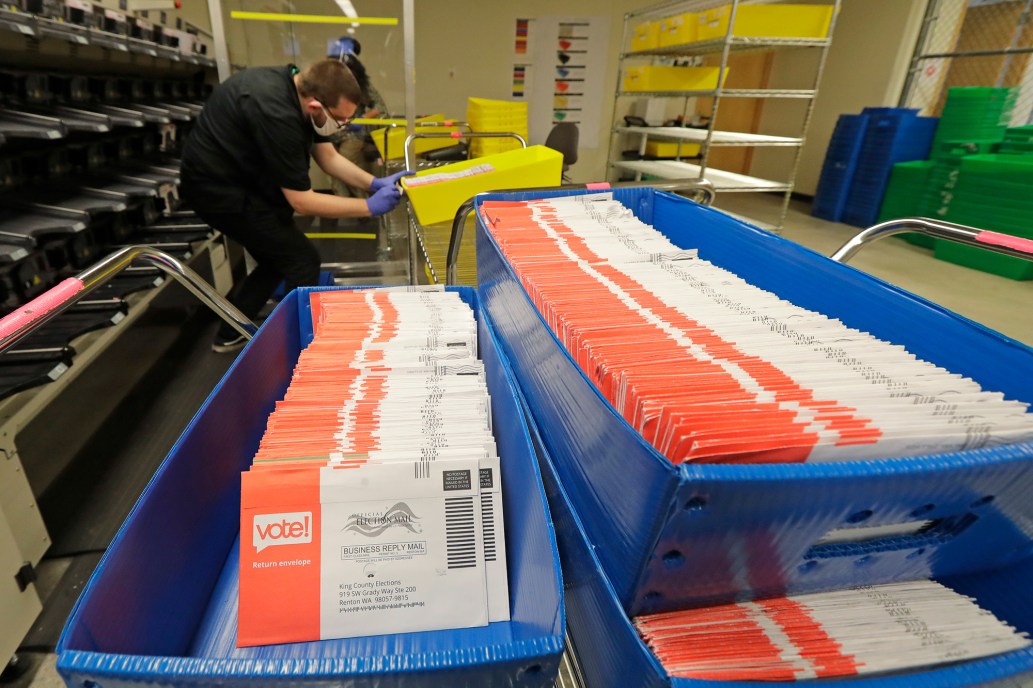 In 2017 more than 500 mail-in ballots in New York City never arrived to the Board of Elections for races that November — leaving hundreds disenfranchised. They eventually were discovered in April 2018. “For some undetermined reason, some baskets of mail that were bound to the New York City Board of Elections were put off to the side at the Brooklyn processing facility,” city elections boss Michael Ryan said at the time of discovery. 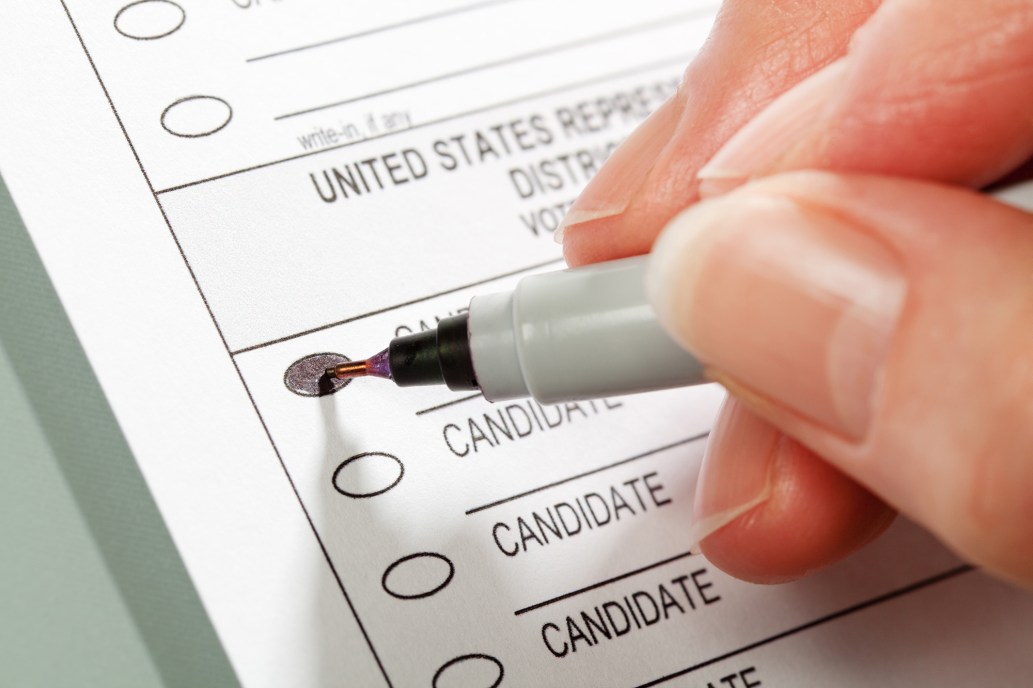 Hitting up assisted-living facilities and “helping” the elderly fill out their absentee ballots was a gold mine of votes, the insider said.

“There are nursing homes where the nurse is actually a paid operative. And they go room by room by room to these old people who still want to feel like they’re relevant,” said the whistleblower. “[They] literally fill it out for them.”

The insider pointed to former Jersey City Mayor Gerald McCann, who was sued in 2007 after a razor-thin victory for a local school board seat for allegedly tricking “incompetent … and ill” residents of nursing homes into casting ballots for him. McCann denied it, though did admit to assisting some nursing home residents with absentee ballot applications. 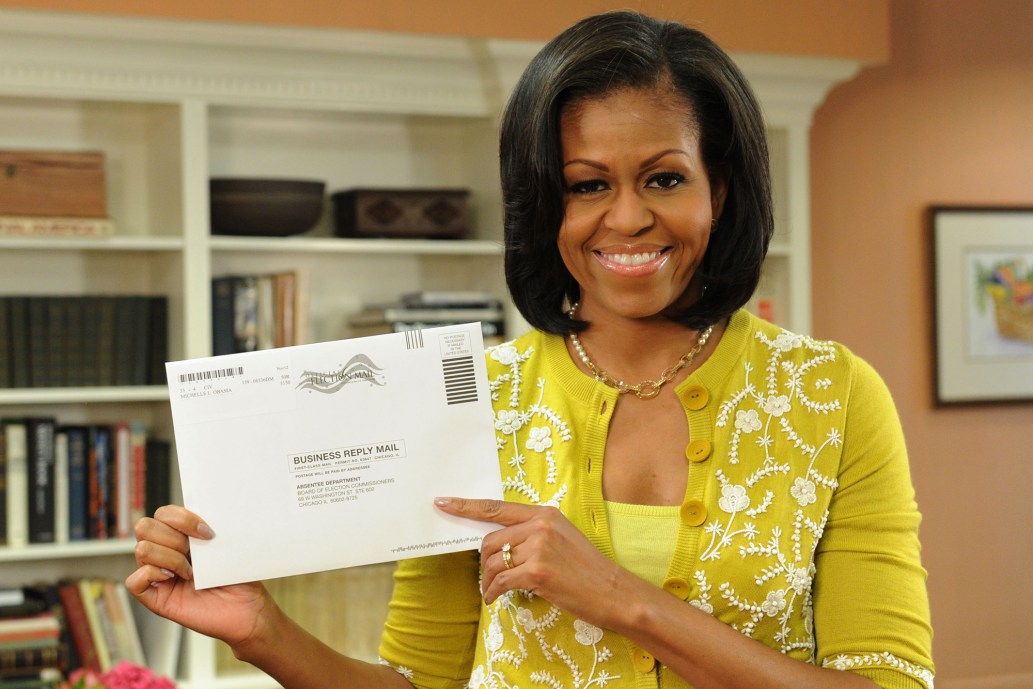 When all else failed, the insider would send operatives to vote live in polling stations, particularly in states like New Jersey and New York which do not require voter ID. Pennsylvania, also for the most part, does not.

The best targets were registered voters who routinely skip presidential or municipal elections — information which is publicly available.

At the polling place, the fake voter would sign in, “get on line and … vote,” the insider said. The imposters would simply recreate the signature that already appears in the voter roll as best they could. In the rare instance that a real voter had already signed in and cast a ballot, the impersonator would just chalk it up to an innocent mistake and bolt.

and on and on and on.  Read the whole thing.  Just sickening.  This is why organizations like True the Vote and The Election Integrity Project are so important.

3 Comments on “The stuff of nightmares: Confessions of a Voter Fraud”