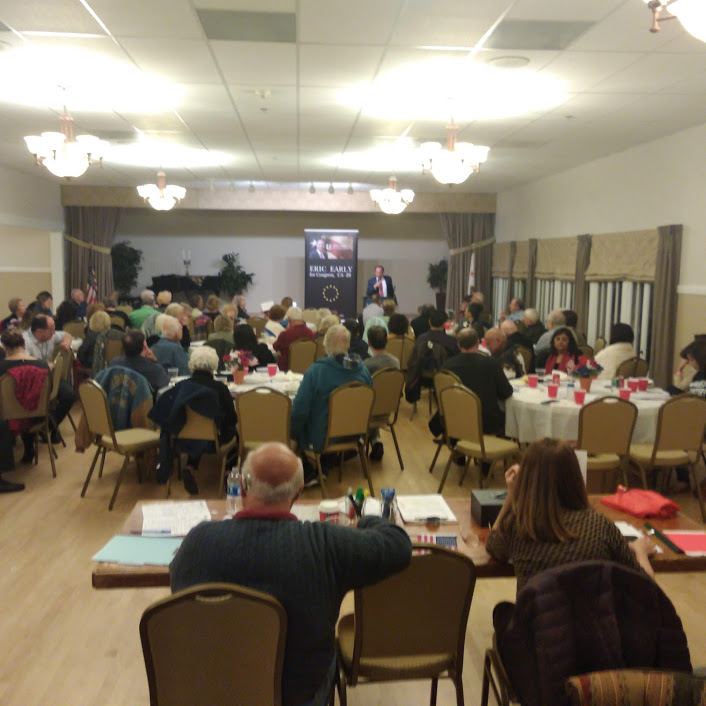 Last Wednesday evening Eric Early spoke and answered questions at a packed monthly GBRA meeing in La Crescenta.  His presentation of himself and a man, a candidate and a Republican was calm, measured and powerful.  He presented his concerns and his plans to improve the 28th California Congressional District which Adam Schiff abandoned years ago in pursuit of becoming notorious in DC.  I will not belabor the details, rather I will let him speak for himself as he spoke to Larry Elder a couple of weeks ago.

Listen to him and consider him for the man he is in contrast to Adam Schiff.  I personally hope that Mr. Schiff takes Eric up on the offer of a debate as I have waited  long to see the tree of patriotism watered with the blood of tyrants.  Granted Schiff is a rather wimpy tyrant, but he will do until a larger game is afoot.

Without further ado I give you Eric Early.