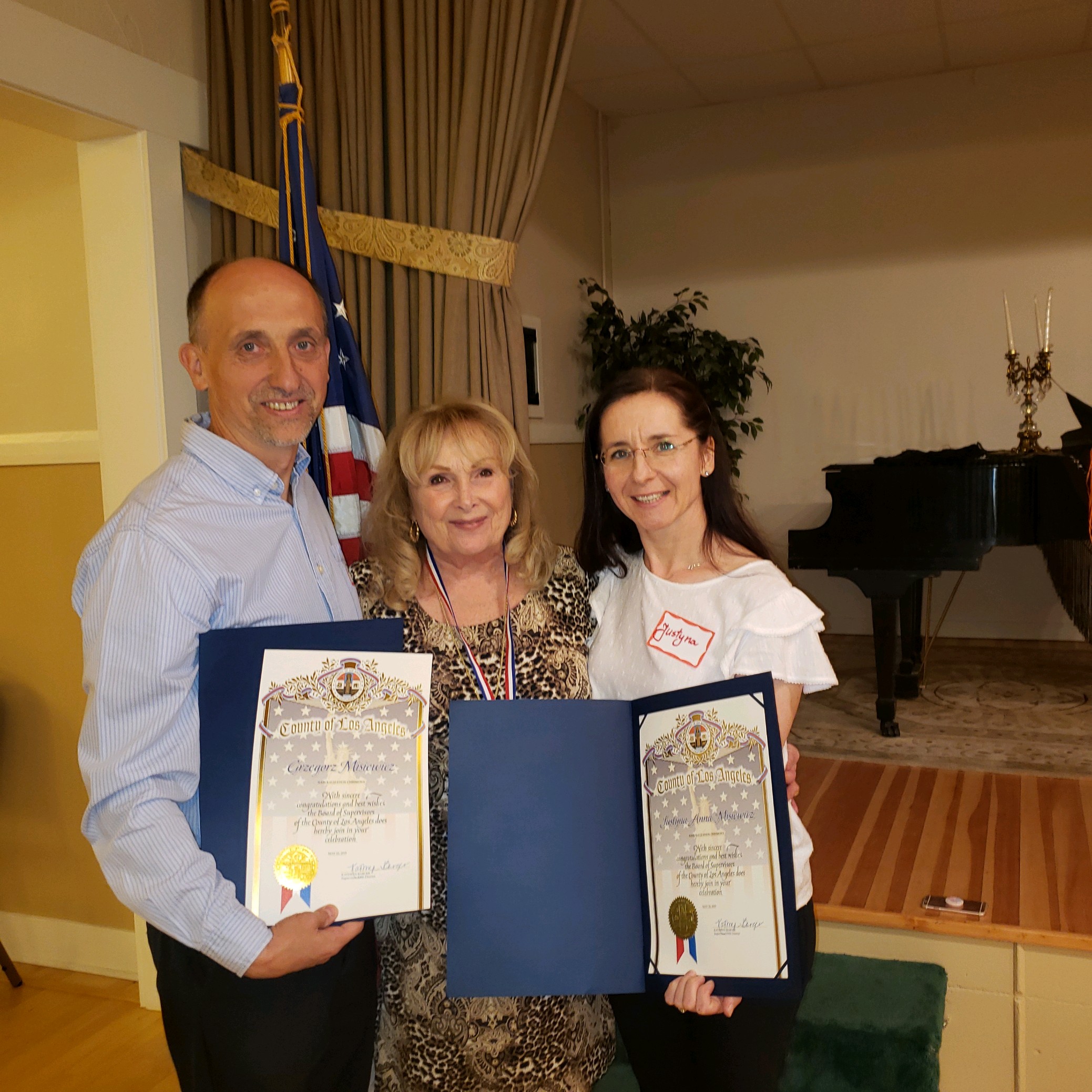 The festivities kicked off by welcoming two recently naturalized citizens, Justyna Anna and Grzegorz Misiewicz, originally from Poland.  America is still the land of the free, the land of opportunity, and there are still tens of thousands of people who are willing, nay, eager, to leave all they have known behind and become Americans.  A warm welcome and congratulations to Justyna Ann and Gregorz Misiewicz!

According to Sen. Mike Morrell speaking last night at the Glendale Burbank Republican Assembly monthly meeting the answer is a resounding YES, California can be saved!  That’s the good news.  The bad news is that it is going to take time and a lot of work.  Worse, the work we do cannot be a simple repetition of what we’ve been doing.  Sorry, kids, no immediate gratification, it is going to take long term planning and consistent work.

He said that he had been pressing Republicans for years for some kind of plan, which idea had been resisted until recently.  It was not immediately clear to this observer what that plan is, perhaps those higher in the Party structure might be able to enlighten us. 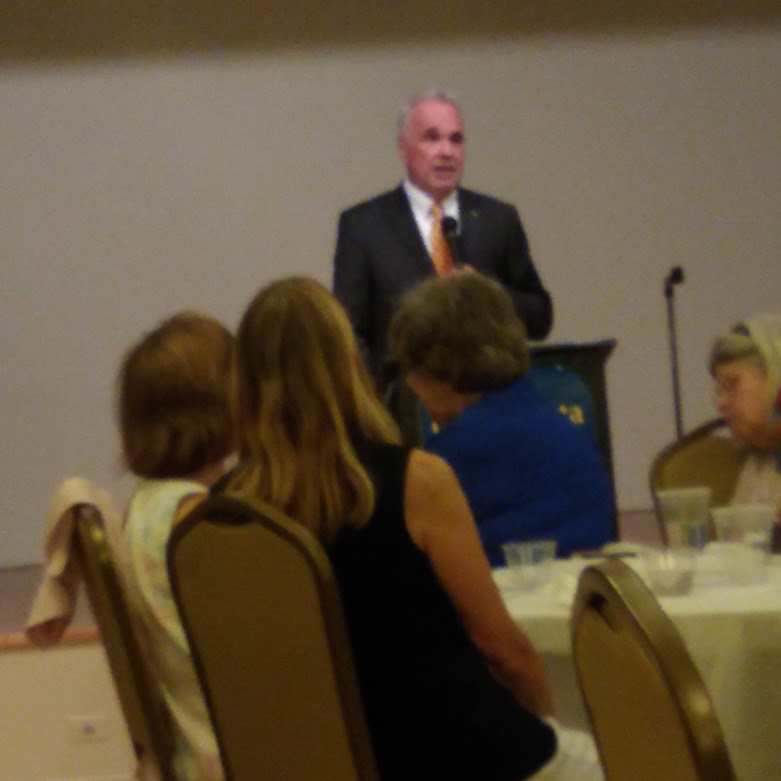 He pointed out that there many grass roots movements springing up in opposition to the Democrats’ insane progressive initiatives.  He mentioned several, among them: the school choice initiative (we had two representatives from School Choice in California with us last night), the antivax (vaccination hesitancy) movement, strong grass roots movements against California’s new sex education curriculum, and opposition to the new California law outlawing most independent contractors.  To increase the influence of Republican ideas it will be necessary for us to join with these kinds of groups and work with them to achieve their goals.  [Not as was done with the Tea Party, simply leverage them for funds, campaign workers and votes. Ed.]

Further, the planning process will have to involve assessing what is needed to grow the Party’s influence in a variety of categories: outreach, fundraising, retention, communications, social media, etc.  Republicans will have to put time and effort into these areas intentionally and consistently as individuals, contributing to whatever best suits their abilities and temperament.  [These activities will have to be planned, organized and prioritized, cannot be ad hoc or when nothing else is going on. Ed.] 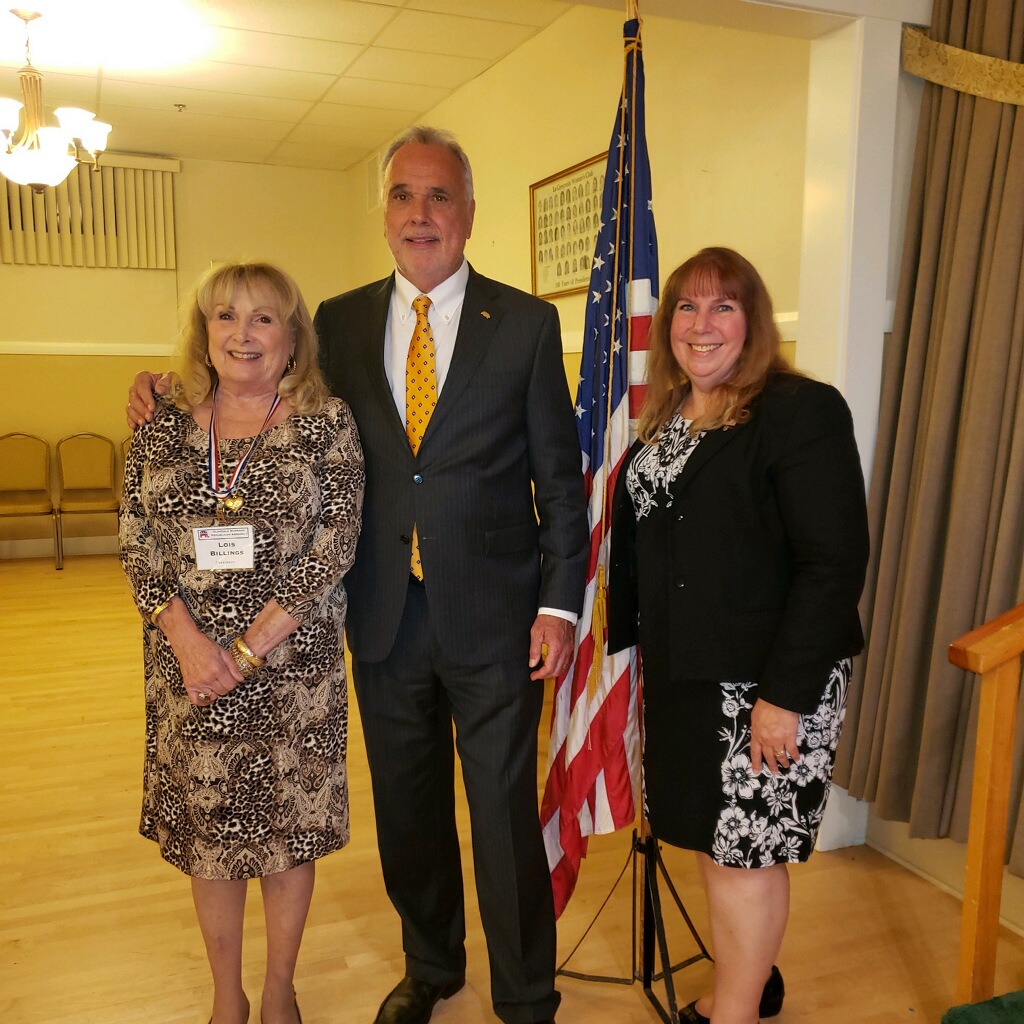 The Democrats, he says, are organized, determined and playing to win.  For them winning is all important and they will do anything to insure victory.  The fact that their policies are neither good nor related in any way to common sense is not an obstacle to their determination to implement them.

He said that they are guided and protected by dark, spiritual powers against which normal human effort cannot avail.  That in fact we need to turn to our Creator for guidance and aid if we are to wrest control of California back on to a sane Constitutional path.  Therefore he has been making appeals to churches and educating groups of Pastors as to the nature of the issues we confront.  The churches, he says, must be approached and activated by education and persuasion.

He made two final points.  First, we cannot expect the youth to come to us, we must go to them.  Once they have been instructed in what the Constitution means and how it works they, by logical necessity, come on board.  We must find ways to approach the youth and pass our knowledge on because the schools won’t and if we don’t it will be lost.

Finally, he said, me must no longer be silent.  We are a polite, courteous people who prefer not to argue or make our views known in the presence of those who disagree.  Because we want peace and civility we don’t challenge the false narratives circulated by the Democrats.  If we expect victory without a fight we delude ourselves and are bound to fail.  We must speak out even when doing so is uncomfortable and risky.  At this point a member of the audience raised the objection that “we don’t know what to say, we need someone to give us talking points.”

On this point the meeting broke up.  Your correspondent accepts the challenge, and intends to use this space to provide information which members can use to argue the Republican view of what a sane, Constitutional polity can be.  The American Revolution can succeed when Americans do three things: 1. educate themselves; 2. pray; 3. speak.

Let’s be about it, then. 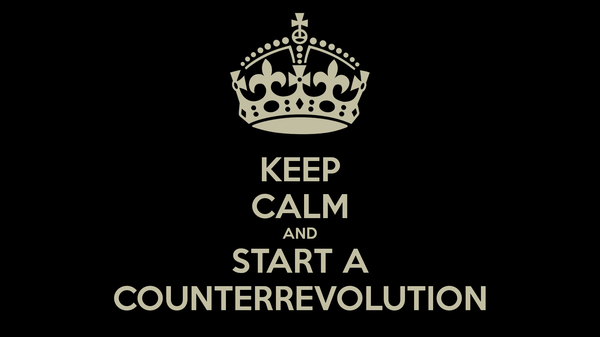