Eric Early receives recognition as a leader of influence

Eric Early has not only won fame and admiration for his principled willingness to take on Adam Schiff in this years Congressional race, but by his excellent professional work as well.  He is managing partner of the law firm of Early, Sullivan, Wright, Gizer and McRae, LLP and has been named as a Leader of Influence: Litigators and Trial Lawyers. 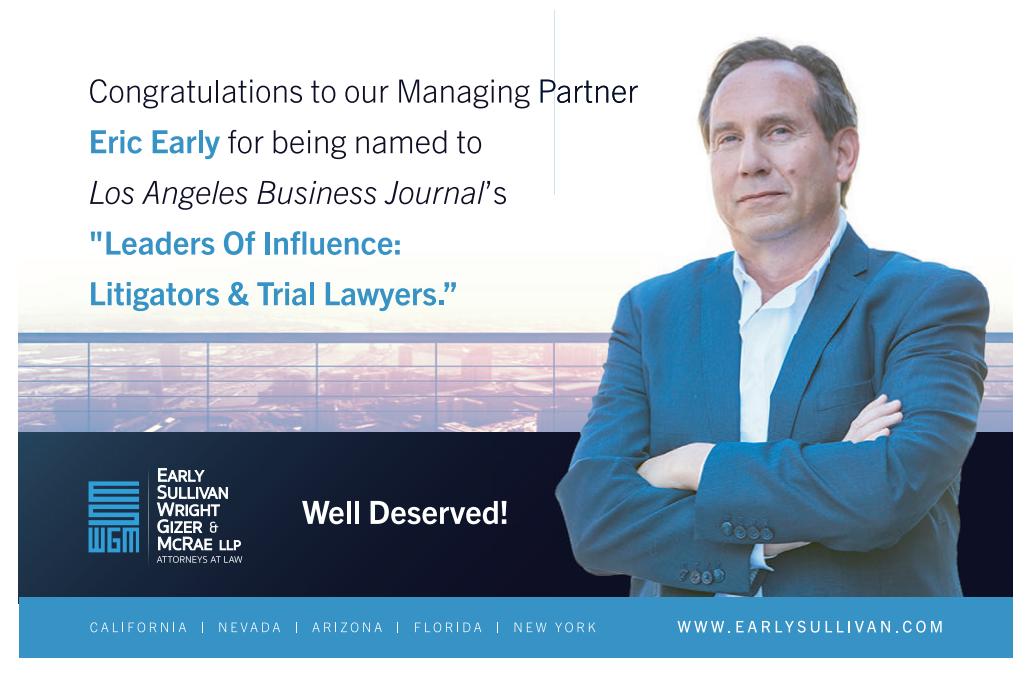