For stats nationally and by State www.coronavirus.net is quite useful, and you can get up to date statistics with graphs on the situation in California. 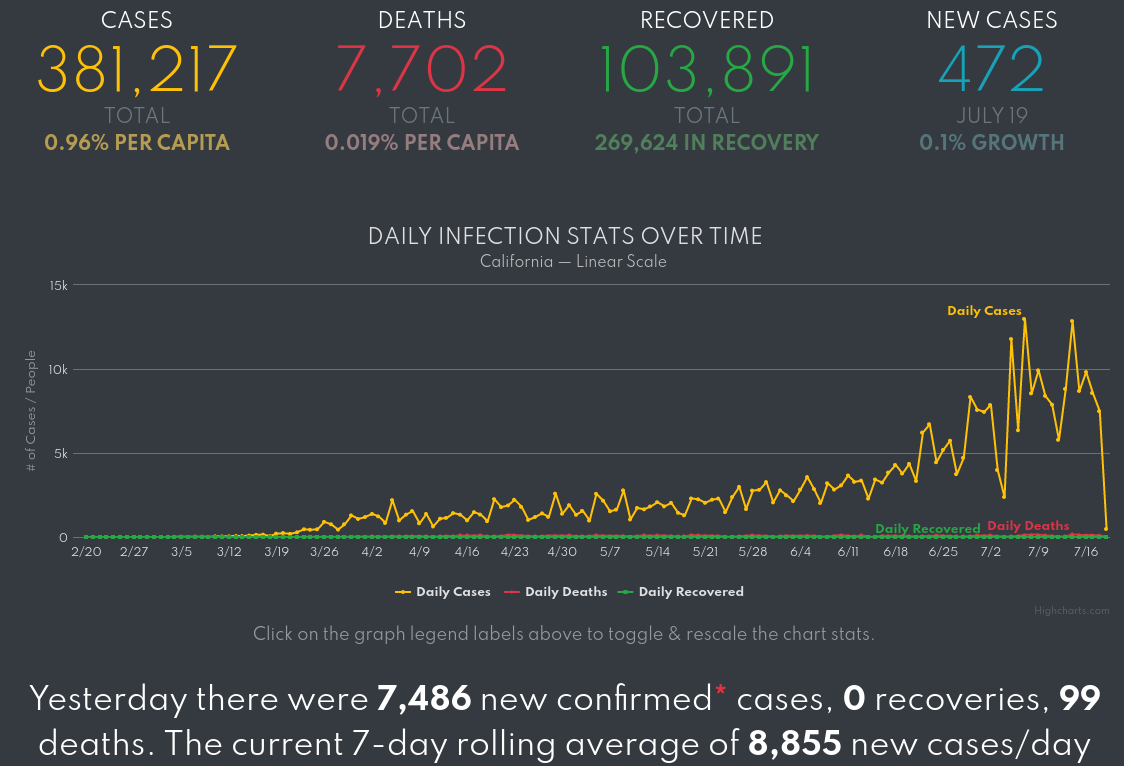 I would say don’t get too excited about the last number on the graph, that is for the day that this is being written and the day is still young.  Follow the above link tomorrow to get more accurate info.

Someone famously said that there were three kinds of lies: lies, damned lies and statistics.  It is now clear that for whatever reason actual numbers have been erroneously reported in many places.

So why is that such a widespread phenomenon, too wide to be random chance?  There is speculation.