↓ Skip to Main Content
Home › Uncategorized › ANTIFA alert, they never give up
GBRA Posted on September 13, 2020 Posted in Uncategorized No Comments

ANTIFA alert, they never give up

According to the Law Enforcement Times, DHS has had information that Antifa is better organized than the media has led us to believe.

A recently leaked email stemming from a former official from the Department of Homeland Security alleges that there’s “overwhelming intelligence” that the months of violence and riots in Portland have been organized by bad actors that are described as “Violent Antifa Anarchist Inspired”.

Catherine Herridge from CBS News recently shared the leaked email on Twitter, apparently this intel has been floating around the DHS since as early as July 25th. 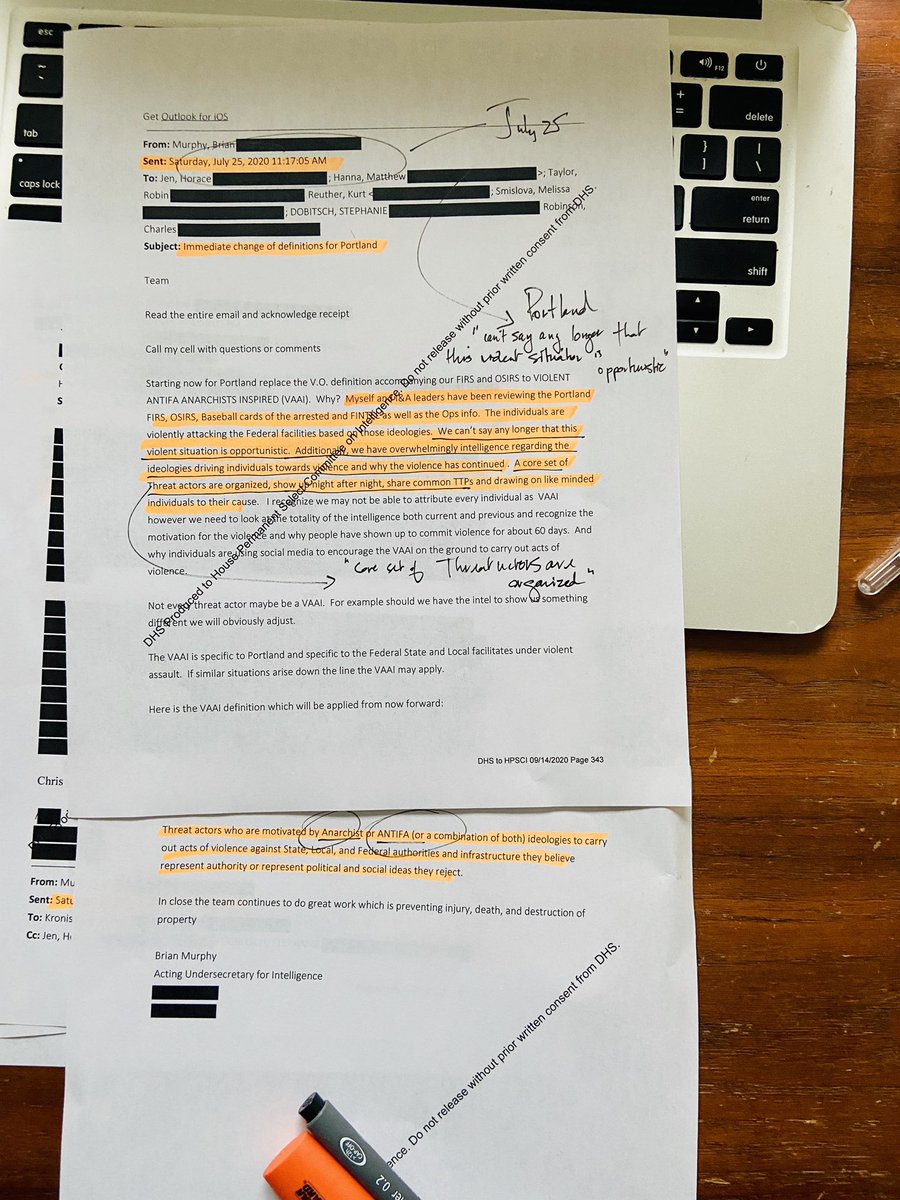 According to the post online, the leaked email that contained a breakdown of what’s behind the riots in Portland offered by former Acting Under Secretary for Intelligence & Analysis Brian Murphy.

In a emailed with the subject line reading out as “Immediate change of definitions in Portland”, the opening lines in the email noted that moving forward, officials are to replace a designation toward labeling malefactors as “V.O.” to “Violent Antifa Anarchist Inspired (VAAI)”:

“Why? Myself and I&A leaders have been reviewing the Portland FIRS, OSIRS, Baseball cards of the arrested and FINTEE as well as the Ops info. The individuals are violently attacking the Federal facilities based on those [VAAI] ideologies. We can’t say any longer that this violent situation is opportunistic.”

The obtained email continued from there, making mention of the copious amount of intelligence obtained during the investigations into the Portland riots:

“Additionally, we have [overwhelming] intelligence regarding the ideologies driving individuals toward violence and why the violence has continued.

A core set of Threat actors are organized, show up night after night, share common TTPs [tactics, techniques and procedures] and drawing on like minded individuals to their cause.”

There have been long-running concerns over groups like Antifa using the like of social media (particularly Twitter) to organize their mobilization efforts. So, the mentioning of the fact that Murphy coined these endeavors as “organized” lends further credibility to those concerns.

Murphy’s email continued on, also explaining that while these VAAI inspired individuals are highly active during these riots and protests, that not every criminal action or displayed violence can be attributed to the ideologues:

“I recognize we may not be able to attribute every individual as VAAI however we need to look at the totality of the intelligence both current and previous and recognize the motivation for the violence and why people have shown up to commit violence for about 60 days.

And why individuals are using social media to encourage the VAAI on the ground to carry out acts of violence.”

To further clarify how the delineation of a VAAI will be defined, according to the email, Murphy defined the designation as follows:

“Threat actors who are motivated by Anarchist or ANTIFA (or a combination of both) ideologies to carry out acts of violence against State, Local and Federal authorities and infrastructure they believe represent authority or represent political or social ideas they reject.”

Now keep in mind, this email was written on July 25th.

Yet on July 26th, House Judiciary Chairman Jerry Nadler claimed that Antifa being in Portland was some sort of conspiracy theory from Washington.

So the rioting that’s been going on for weeks now is just a figment of our imagination. Glad we got that cleared up.

Indeed it is.  Read the rest there.  But Antifa is unfazed, they are still making plans for the future. 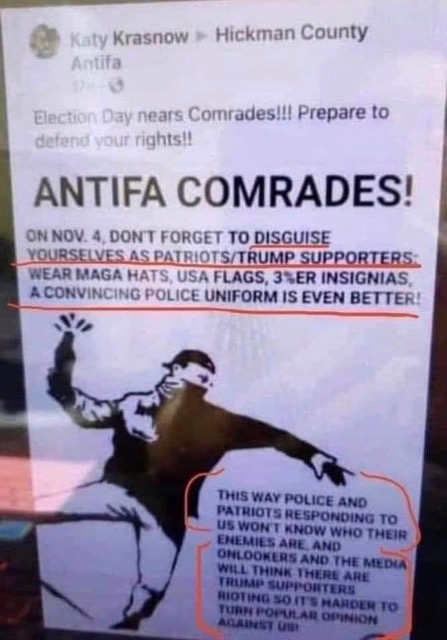 0 Comments on “ANTIFA alert, they never give up”