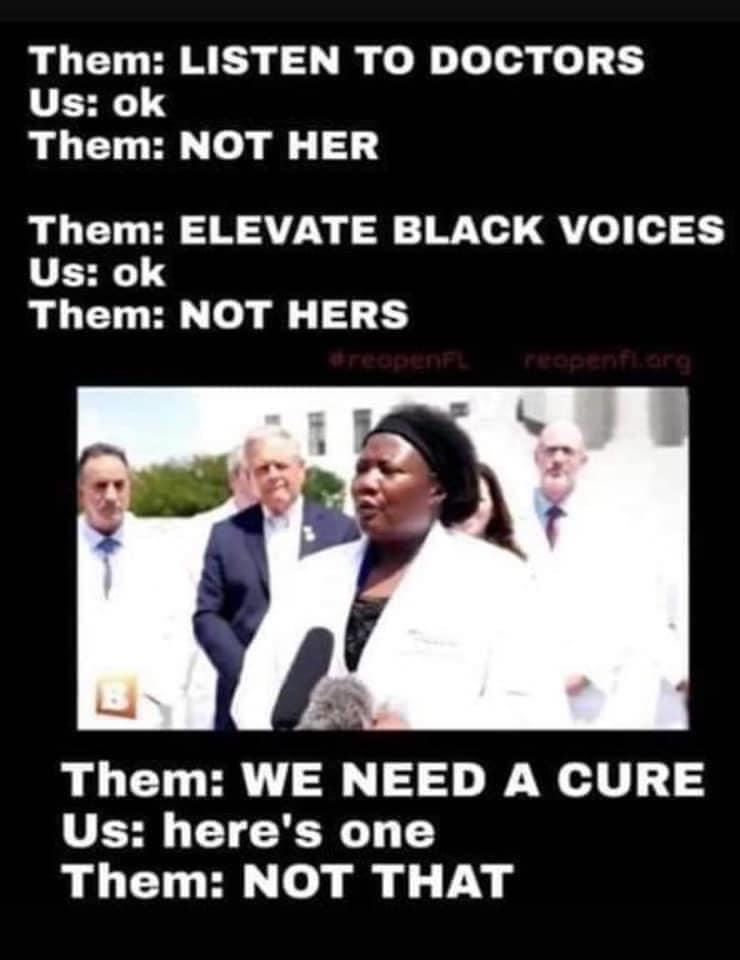 The Masters of the Agitprop Universe, Facebook, Google, YouTube, Twitter et al, have been totally panicked by these doctors.  They are the voice of experience pulling the cover off the radical left’s plan to destroy our freedom.  The lockdowns were and are useless.  The social distancing is useless.  The masks are useless.  A vaccine is unrealistic.  But there is a cure which makes all that useless stuff irrelevant.  That cure is hydroxychloroquine, zinc and azithromycin.  All have been known for years and years, all are safe when used as directed, all are cheap and readily available except where politicians have made them illegal.  This should not be all that surprising as Communism is famous for four things:
1. Famine;
2. Terror;
3. Mass Murder;
4. abject, endless failure.

Back in March they were setting us up for food shortages, but President Trump issued orders and that was mostly solved.  They beat the propaganda drum constantly about how afraid we should be of a disease with better than  99.8% survival rate.  These doctors’ prescriptions would increase that to 99.99%, but for some reason we can’t have that.  Maybe its so that we get the mass murder in gear, it is a major tenet of their horrible religion, after all.  And of course, the push to drive America to be just as successful as North Korea, Cambodia and Venezuela.

So not to be deterred by a blanket of silence these American Frontline Doctors went public again.  Here’s how it went down.  Enjoy. 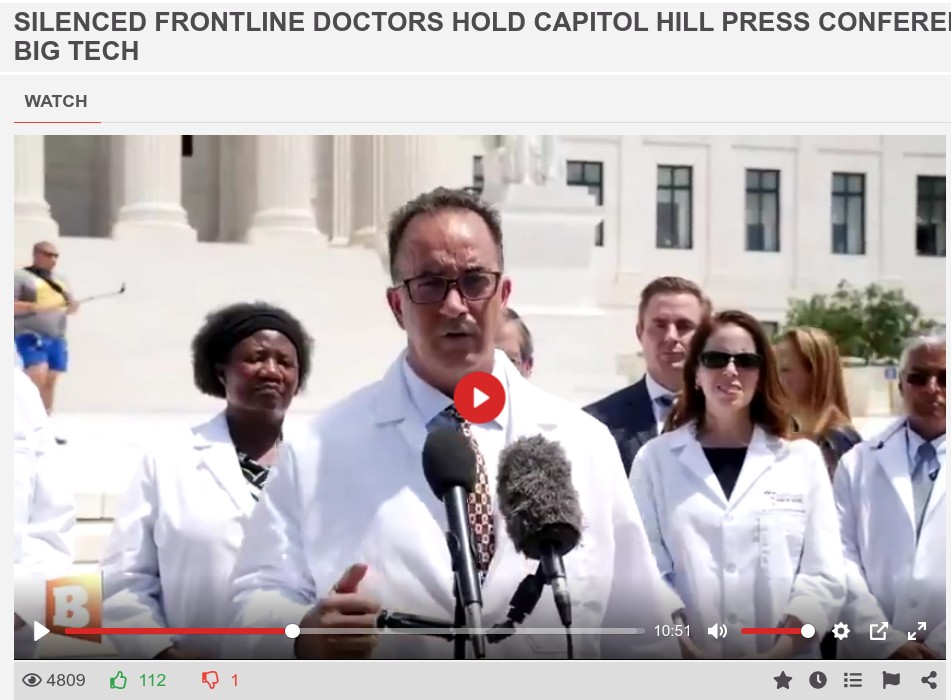