Tim Pool is an independent journalist who produces his own news and commentary programs.  By inclination he leans left of center, but does pretty well covering his stories fairly, openly admits his biases while giving other points of view their hearing.  He is a solid believer in the US Constitution and loves his country.  Recent events provoked by the radical left and the Democratic Party have been pushing him to the right.  He always wears a black jacket, black T-shirt and black beanie, it is his trademark, which I think, was the uniform he wore on the streets of Chicago where he grew up.

In previous videos he has declared his support for President Trump simply because he is appalled at what the Democrats are doing.  Have a listen. 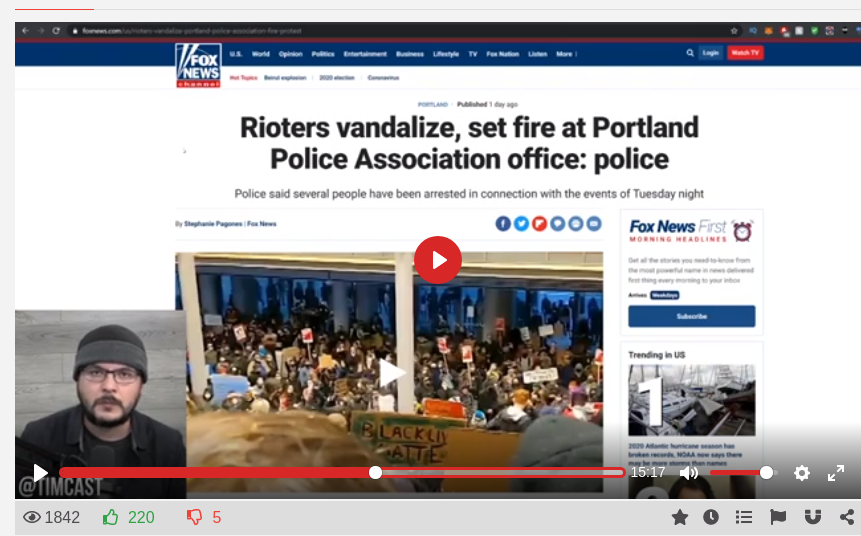